ArCADia Soft is a Polish company developing software for the construction, architecture and installation sectors since 1997. Our programs are sold all over the world and are available in 19 languages including English, German, Spanish, Taiwanese or Greek to name a few.

Programs of ArCADia Soft are written according to BIM technology and they include modules for architecture, construction and installations. We create solutions in the everyday work of an architect or engineer, simple and intuitive, thought out in the smallest detail, while at the same time technically based on the latest cutting edge technology. We have our own distribution network and use it to sell our author programs and also other manufacturers’ programs, such as IntelliCAD (whose distribution is allowed by membership in the IntelliCAD Technology Consortium), and ArCon, among others.

ArCADiasoft came into being in Lodz, Poland, in mid-1997. Its founder Jarosław Chudzik has obtained his MSc degree in Construction from Lodz University of Technology. Shortly after his graduation, Jarosław Chudzik moved to Germany and started a traineeship at Institut für Baumechanik und Numerische Mechanik (Universität Hannover) under professor Erwin Stein, with the intention of writing his doctoral thesis. Tempted by an offer from mb programme, one of the biggest German IT companies dealing in the field of construction engineering, which was searching for a construction engineer with the knowledge of computer programming languages at that time, he started working in the Software Development department. After 10 years, he returned to Poland and made use of the experience gained in Germany in order to found a company, which turned out to rapidly achieve financial success. It later allowed for the creation of the comprehensive, object-oriented ArCADia BIM system – the company’s flagship product that enables various designers to cooperate among their locations.

“We have created the first Polish object system for building information modeling (BIM). The ArCADia BIM system supports the preparation of construction documentation and it is unique also on a global scale. Now, with the ArCADia BIM system, the design takes on a new dimension.”

CEO of INTERsoft, owner of ArCADiasoft 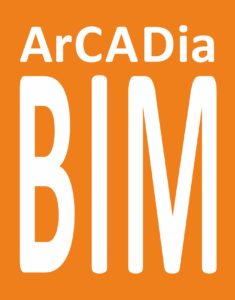 Thanks for Showing Interest in